The purpose of the TANDEM Project is to promote possible synergies and mutual influences between the two areas of dialogue, Works Councils and Social Dialogue Sector, as well as encourage the training of workers delegates to participate in the activities of the European Works Council, also through more strong links to the sites of the sector dialogue.  The acquisition of a European negotiating culture is an ambitious goal, the definition of which is certainly helped by the establishment of a common knowledge base and common practice of negotiation of delegates. The spread of a European culture of social dialogue among companies and the training of EWC delegates are therefore essential factors to make more effective the use of information obtained during the consultation, just because of that “approach to dialogue” on which the relationship between EWC and enterprise management must be based. The training activities for delegates must enhance negotiating skills and management skills, especially in the face of processes of change and corporate crises. 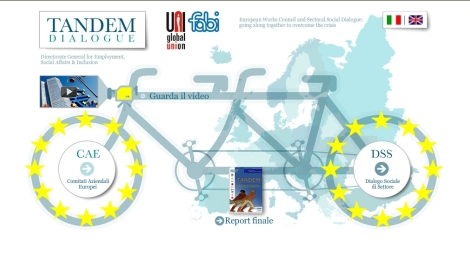 “Proposal for the implementation of banking sectoral Social Dialogue on anti-discrimination, promoting knowledge of EU legislation on anti-discrimination, the correlate role of collective bargaining and negotiation practices, and searching effective industrial relations practices on anti-discrimination the Banking Sector of partner countries, to be promoted in all partner countries’ Social Dialogue.” Starting from 2000, EU Directives have extended the anti-discriminatory safeguards in favour of workers and proposed a new regulation method. This process consists of an increased protection and its extension to new “high-risk” categories, and in the form of a mainstreaming intervention that tends to counter the possible discriminatory impact of measures that concern the job market overall. Two issues arise: on one hand, it is necessary to assess the extent to which the new anti-discriminatory legislation has been implemented on the Community level and, on the other, it is necessary to verify the extent to which new measures aimed at making the job market more flexible are coherent with the anti-discriminatory strategy or if they produce inequalities. 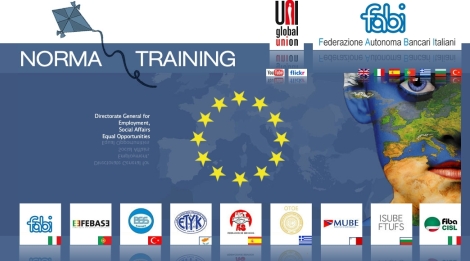 To.Be.E.Ewc “Towards a Better Employee involvement in undertakings”
To.Be.E.Ewc: “Towards a Better Employee involvement in undertakings” is a project granted by the European Commission (Empl), leaded by FABI, in cooperation with UNI Europa, Filcams-Cgil and partner unions of Finance and Commerce industries: FNV – Netherlands, FSUB – Romania, MUBE – Malta, Handels – Sweden. The aim of the activity was to inquire the expectations of worker reps. about their possible or actual participation in EWCs, and decsribe roles and tasks of the main actors in establishing and improving a European Works Council. The activity intended to draw basic guidelines into an operating process, representable and browsable by a flowchart, where a series of micro-manuals are ranked by figures/actors involved and corresponding steps of the EWC establishment and carry on activity. The manuals are available in seven languages: Dutch, English, French, Italian, Romanian, Spanish and Swedish. The website provides the actors with tools helping them to cope with the main tasks. 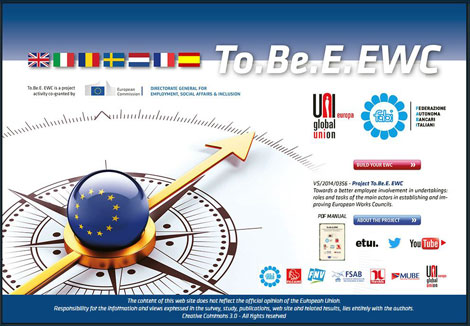